Opportunity Zones are census tracts designated by the federal government, where investments receive preferential tax treatment under the Tax Cuts and Jobs Act of 2017.  The goal is to spur economic development and job creation in these areas by providing tax incentives.

Tamarac’s role in the Opportunity Zones program is to connect Qualified Opportunity Fund funding with eligible projects. The City aims to foster commercial investment and development, as well as promote inclusive and equitable growth for existing businesses and residents while at the same time creating a means for protecting them from displacement.

Why Invest in Opportunity Funds?

Where are the Opportunity Zones in Tamarac? 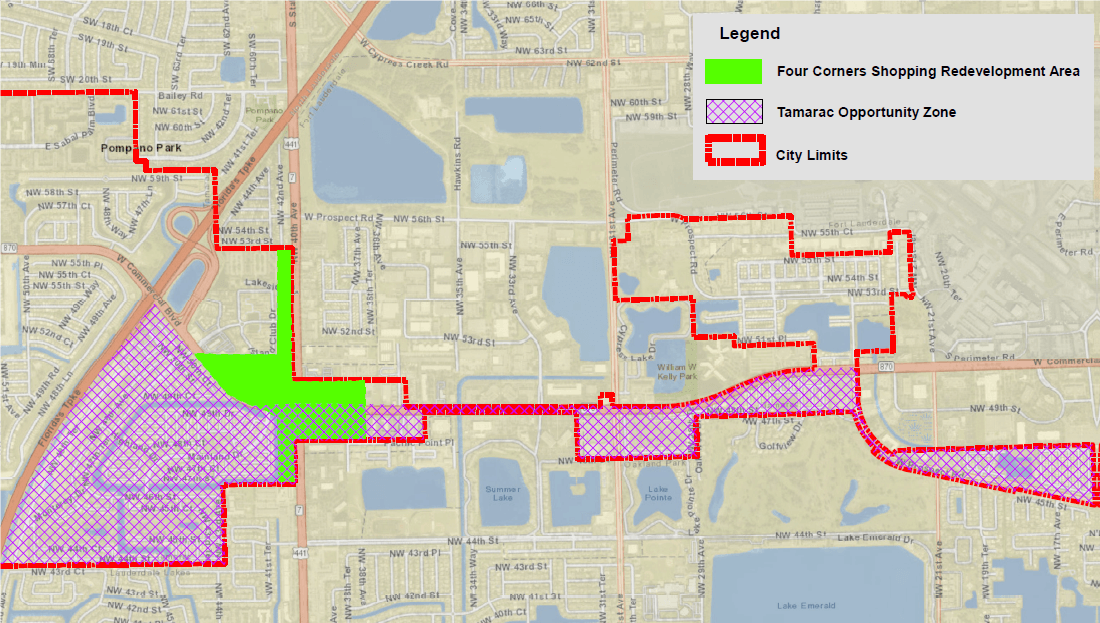 A portion of Tamarac’s Opportunity Zone is within the Four Corners Shopping District Redevelopment Area.  An important retail shopping destination and gateway to Tamarac, the marketing analysis in the 2014 Commercial Arterial Redevelopment Study identified demand at Four Corners that would support additional commercial development. Since the study was published, hundreds of new additional residential units have been built in this area; creating more demand and an untapped opportunity for commercial investment.

For More Information on Opportunity Zones 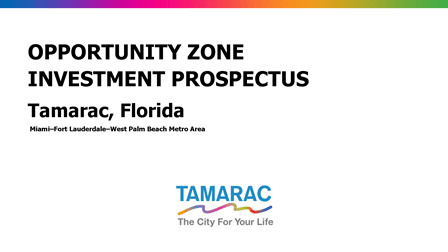